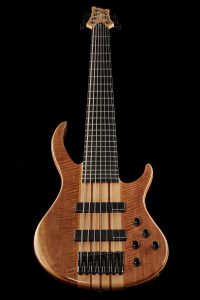 I’ve come very close to buying it on two occasions before unexpected events hit my cash-flow. It’s exceptionally good value for money, but it is still a non-trivial amount of money. The neck is also extremely wide, and I don’t know if I could manage it. 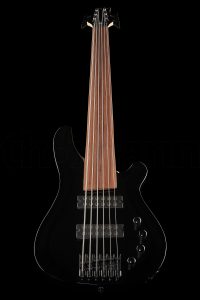 It is ridiculously cheap, and would give me an opportunity to try out a wider neck before going all the way to 7 strings.

Let’s begin with that image.

More-or-less from left to right, we have:

My major instrument is sax. But I’m temporarily living in flats, where sax might be considered a bit anti-social, so I’ve taken up clarinet.

Let’s be honest: I haven’t played flute in years. But when I retire…

It’s a Bauhaus Walstein TS-PD. They were getting rave reviews, then a few years ago, I read many rumours of dropping quality control. I found one second-hand on eBay, that I reckoned was old enough to pre-date the issues. The key-work was quite noisy, but once I’d had some missing felt pads replaced, it was great. I have a Yamaha as well, which is easier to play, but I much prefer the tone of the B-W.

Again, I haven’t played these in years. Generation whistles are cheap and readily available, but notoriously sharp. However, they can be fixed. Boil a kettle, pour a mug and stick the mouthpiece in for 10 seconds. The glue melts and the mouthpiece expands. Pull the mouthpiece off and wipe the glue off the neck. Some glue will remain inside the mouthpiece: enough to stop it falling off, but you’ll be able to move the mouthpiece enough to get the damn thing in tune.

I love the sound of this instrument. It’s popular with film-makers (from Gladiator to Battlestar Galactica) who want to convey the idea of long ago or far away. I’ll probably devote a whole post to this soon.

Okay, the piano is Elizabeth’s. But I’d like to be able to bang out chords well enough to accompany a singer. I’m working on a little exercise I’ve developed. The perfect cadence is a sequence of two chords that crops up in so many tunes. I like to play a C major triad (and I play all chords inverted to fit more-or-less into the octave between the E below middle C and the E-flat above), then add the minor 7th to make it a dominant 7th chord, then play an F major triad (C7 to F major is a perfect cadence). Then add the minor 7th, rinse and repeat around the circle of 5ths.

Once I’ve mastered that, I’ll try the jazz ii7-V7-I+7 progression.

There are two distinct families of harmonicas: diatonic and chromatic. To get the traditional wailing blues harmonica sound, you need a diatonic. But there’s a snag: they’re diatonic – designed to play in only one key. You can play them in different keys; in fact, to get that traditional sound out of them, you have to play them in what’s called “second position”. You have to bend some of the notes, but that’s what gives them their character.

Then there’s chromatic harmonicas. I’ve rejected the xaphoon in favour of a three-octave chromatic harmonica that is genuinely pocket-sized. It sounds remotely sax-like but you can carry it everywhere. Listen to Toots Thielemans (with a surprising pianist) or Stevie Wonder.

Bought this second-hand, before I discovered how cheap they were new, but it’s been well fettled. sounds great.

Does exactly what it says on the tin.

Harley Benton is the in-house brand of thomann.de. They are well-respected by most who have tried them. This one had some RF shielding issues that were fixed by lining the cavities with earthed foil – cost me something like £30-35. Now it feels and sounds great (if somewhat heavy) – a superb bargain.

I imagined this might be good for practising without an amp, even for accompanying a guitar without an amp. Who was I kidding: it would be drowned out by the quietest of nylon-stringed guitars. But it has a character all of its own: it sounds almost like a double bass. One minor criticism: don’t finish an instrument with a piezoelectric pickup with satin varnish – I have to turn the treble down to 5/10 to suppress the noise of brushing against the body. Still , it’s tremendous fun.

Address
I don’t think so!

Hours
This is a family, not a business!

This may be a good place to introduce yourself and your site or include some credits.